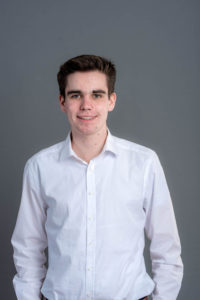 Our Managing Director Stephan Glasmacher shares his thoughts about irresponsible leaders during the Corona Crisis. He is worried about short sighted actions, attention-seeking during a crisis and leaders who behave like Icarus. What’s your opinion about Stephan’s thoughts?

Some thoughts about Irresponsible Leaders during Covid

Let me say, first of all, that this blog post should not be something like an academic analysis and it will not include deep research. But there are some thoughts that I cannot get out of my mind. It’s about irresponsible leaders.

Currently, it seems to me that too many leaders – if political, scientific, or economic – try to contribute to the Corona situation with suggestions that are neither forward-looking regarding possible consequences nor including the stakeholders as well as society and the environment in an appropriate way.

The most terrible irresponsible ‘leaders’ are those who are only wannabes without real decision-making power. Do you know what I mean? – Public figures who like to establish themselves as the omniscient and wise people possessing the holy grail with all solutions. ‘Unfortunately’, they haven’t the power to implement them, but if they could, everything would become better. This kind of leader also includes for example people who have decision-making power in one sector (for example in their company) but make hardly realistic suggestions for other sectors (for example the political sector).

Although if they are – in my opinion – the most terrible ones, they are not the most dangerous. Because they don’t have any decision-making power. Unfortunately, in times of Corona, another type of leader seems to arise: those leaders with own solutions that are not thought through to the end, combined with the power to implement them.

They are like the ancient Icarus who flew too close to the sun because of his hubris and finally fell into the sea. What he has in common with irresponsible leaders: He did not consider the consequences of his actions. But most important is this one difference between Icarus and those leaders: Icarus’ irresponsible behavior did not have an impact on anyone but himself.

In Germany, we could (and still can) see the second and more dangerous type of irresponsible leadership in the context of our federal system and the Minister Presidents, the heads of the regional governments. While some of them acted responsibly in a calm and exemplary way, others tried to outdo their colleagues in easing lockdown in order to gain political capital. Is that an appropriate considering of the consequences?

Of course, (political) leaders have to take into account the interests of everyone, and therefore also for the regional economy. But it seems to me that some leaders while prioritizing the different groups of stakeholders, society and the environment, have not been fully aware of all possible consequences. The short life of some governments’ strategies of some regional governments is an indication.

One very obvious example of not considering the consequences of one’s suggestions and ‘solutions’ is the head of government of the United States. But it is not worth to be discussed further.

In order to make one thing clear: It is important to discuss all topics around Corona from different perspectives and with diverse opinions. Therefore, it is not wrong that leaders share their personal views on the topic. But they have to create the dialogue in a constructive way, they must not present their solution as the holy grail. And, most importantly, they have to stop before they speak, they have to calm down and think about their idea with its foreseeable consequences throughout the end.